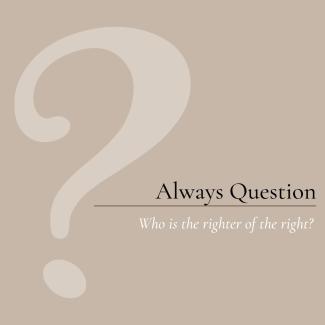 When I got tired of going to night school, I decided to go off to college and complete a degree. Notice that it was “a” degree, as it wasn’t as important to me to study a specific subject, but that I get the degree. I realized that in my profession at the time (Training and Development), to move up the ladder a degree was turning from a nice-to-have to a prerequisite.

Off we went and I started my studies at Miami Christian College (MCC). It was one of those schools where everyone majored in Bible, and to that I tacked on a Psychology degree. Something about teaching leads itself to a study of how and why humans act the way they do. Plus, even though I also have an MBA, I’ve found the psychology learning to be more useful in helping people with investments and such than the business degree.

In psychology there is a variety of theories of the why of humanity. Each of us was assigned one, and it being a Bible college, were told to prove the validity of the theory using the Bible. When we were done, every single theory had a paper presented on it that very convincingly showed how it was not just possible, but likely to be the right one on biblical grounds.

Of course, given the great intelligence of those in that class (I may be biased there) we all knew it was also hogwash. But it was convincing hogwash. And that is what Dr. Skaer was showing us. First was that given any theory (right or wrong), if your job was to come up with good arguments for it, it could be done; and done in a way that would convince people it was right. Second, given a point of view, it can be proven by linking together appropriate verses from the Bible (albeit likely taken out of context).

He taught us to question. To dig deeper than the surface arguments. To realize that while we might know we are right, the persons next to us might know a different right, and we should not quickly dismiss the possibility that their right is righter than ours.

Skaer wasn’t saying there was no right. He was a man of science, faith, and strong convictions. He just didn’t want us to be lazy in ours.

David died earlier this year. But he lives on in his family and friends, the books that he wrote, and in the students he touched over the years.