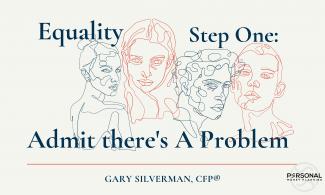 I’m a guy, so when I start talking about women, I know to tread lightly (at least that’s what my in-house female editor, Tina, suggests I should know). After all, we all have opinions, and when we begin comparing and contrasting women and men, it’s like trying to waltz in a minefield.

So, let me put on some Strauss and start dancing around the mines. I’ve often thought that society’s desire to have all things equal between the sexes was problematic, as it is hard to reconcile the differences between the two and still end up with an agreement that we’ve all arrived on a level playing field.

But here’s where we stand now. While every household is different, women do the majority of household chores and child-rearing. The statistics aren’t even close on this matter. Women in the workforce also earn less than men. We can argue all day long as to why, but no matter the reason, the result is the same.

Now, when there is something like COVID that runs through a society and its economy, women disproportionally feel the negative impacts of it. When schools and daycares close and one of the parents has to stay home with the kids, we all know which one that will be. (Sure, there are exceptions; and that is the point, it’s not the men who generally stay home.)

The logic for this:  If someone has to take a hit jobwise, it makes sense to have the lesser-earning spouse stay home. And as we’ve already established, that, more often than not, is the woman. It also makes sense for the woman, who as we also know does most of the child-rearing, to be the one to stay with the kids.

This does not mean it is right. In fact, I’m not going to say if it is or it isn’t. There are many families who prefer this. There are many who do not. Everybody has an opinion. But no matter your opinion, we still have a problem. And it has to do with, well, how we handle our problems.

If “logic” continually relies on women to fix a family’s, a society’s, or an economy’s problem in ways that hurt women’s careers, they will continue to earn less money, get fewer promotions, and have fewer opportunities in the workforce. This means the cycle of logically choosing women to sacrifice each time a nationwide crisis hits will inevitably continue.

Remember Sisyphus? The Greek god who kept rolling a rock to the top of a hill, only to have it roll back down before he could reach the top?  You should be seeing how this is Sisyphus situation at best and a downward spiral at worst.