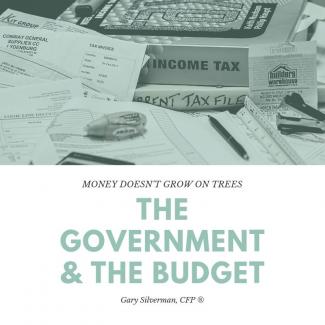 In the lead up to the next election, “the rich” are getting a lot of press. Some folks seem to think that being rich is hard and help is needed in the form of lower taxes. Others seem to think that being rich is just plain unfair and to solve this evil, help is needed in the form of taxing them more and giving that money to the not-so-rich.
That last paragraph probably alienated most of you. (Gotta love politics.)
I’ve complained before that our country is spending a lot more money than it is making. Basic budgeting (the kind I can explain to an 8-year-old but that seems to evade the intellectuals in Congress) says there are three ways to fix this.
You can cut spending.
You can increase income.
You can do a bit of both.
When the Democrats had control of things, they increased spending. When the Republicans had control of things, they increased spending. When we, the electorate, vote, it seems that we like to elect people who fund the programs we like by increasing spending. While I’m not giving up on the idea of cutting spending, I doubt it’s going to happen. At best, we might cut $1 billion here while we’re adding $2 billion there.
That leaves increasing income (raising taxes on someone). And most agree it should be someone other than ourselves. A tempting target are the 50% of Americans who pay no income tax--because they have a lower income. But “raising taxes on the poor so that we don’t have to raise as much on the rich” is a questionable campaign strategy.
So that leaves the rich.
It may surprise you that most of the rich are quite comfortable with modest tax increases. They’d like to see smaller government deficits, more spending on infrastructure, and a strong education system as much as anyone. But there is a limit to their tolerance of taxes. At some point it will curtail their funding of businesses, charities, and lifestyle. Before you think that is a good thing, realize that this is how they put money directly back into the local and nationwide economies.
So, go ahead and raise taxes, but do so fairly, and not as a punishment. Unless you want a truly socialistic state, ensure you allow people to reap the rewards of risk and sacrifice no matter the income level. Then before we start adding new categories to our spending list, let’s be realistic about what we can actually afford. Right now, it looks like a lot of spending proposals would be underfunded even if you taxed the rich 100% of their income and confiscated their savings.
Oh, and that idea that says the government can spend as much as it wants and then just print the money to make it work without any adverse effects: No. That’s not how it works. That not how any of this works.