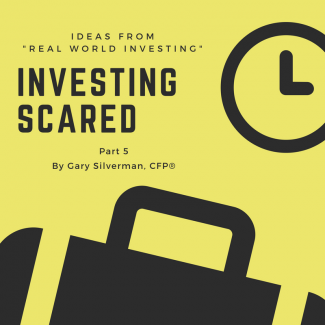 In my last column, I discussed that, as time marches on, the markets are more similar than different. Of course, that means today it’s time to discuss what is different (in a way) about them from what our parents and grandparents knew.

I based much of my discussion and examples on what the S&P 500 has done over the years. The S&P 500 is an index of mostly large companies based in the United States. That itself is a problem. This is because the country being measured (us) was going through explosive growth during much of the measurement time. Now, I wouldn’t classify the United States of the last century an “emerging” market, but it didn’t act like a mature one the entire time either.

The 20th century was a heyday for an America that capitalized on the previous century’s industrial revolution and ushered in the information age. It also escaped much of the destruction of World War II, especially compared to what Europe and Asia experienced. And while I don’t believe the United States has stopped growing, I do believe that economic growth will be spread across more of the world this time around.

Because of this, the S&P 500’s history may not be the best measure of how an investment portfolio will do in the future. Rather, a much more broadly based investment in stocks (and bonds for that matter) is very much called for.

Market change is not a new phenomenon. Even something as venerable as the Dow Jones Industrial Average has changed markedly over the years. It has had to add different ways of doing business (Walmart, Home Depot, McDonalds), new industries (Intel, Microsoft, Verizon) and companies that changed business models (IBM, 3M, General Electric).

This doesn’t mean you should have two-thirds of your investments overseas, just as I didn’t think having one-third made sense 30 years ago. Some amount of domestic bias is understandable—even recommended.  U.S. investments tend to have better accounting controls, a more stable market, and a substantially reduced currency risk. But the old standard of few, if any, foreign investments just doesn’t hold anymore.

As they say, the only constant is change. Don’t be left behind.