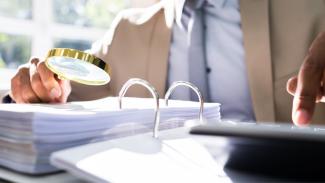 The IRS is not fixing the right problem

Last week I told you the IRS is not our enemy. I told you there are not 87,000 heavily armed agents waiting to storm your homes and businesses. One might say I am an apologist for the Agency.

For instance, there is a call for the Agency to create its own tax preparation software so the hard-working American people won’t be saddled with expenses from evil for-profit software companies or high-priced accountants. Even if you trust the IRS to come up with easy-to-use, error-free programming, do you really think their version is going to be better than what those evil capitalists will give us?

Seems to me the problem is not the evil corporate world or a bunch of money-hungry CPAs. The problem is a tax code which requires years of study and application to have a chance to interpret correctly. There is a reason why every iteration of tax simplification by Congress is also known as an accountant employment act.

Just look where the $80 billion of new funding goes to: $46 billion for enforcement, while only $5 billion to update their systems and a paltry $3 billion for taxpayer services. I would really like to see them spend more time and money adding personnel who can answer the phone or email or text.  I mean, who doesn’t have questions when filing their taxes? And maybe, just maybe, the answers they give us will be right.

The reality is most of the time, the phone does not get answered, and when it does, a sizeable number of those answers are wrong. I am all for spending billions to go after the tax cheats, but how about more emphasis on helping those of us who aren’t cheating? We’re just baffled and confused.

When I get one of those gut-churning letters from the IRS which say I did something wrong, half the time they are right and I send in a check. I’m not too upset over that. However, when I send in supporting paperwork to prove they are wrong, it would be nice if they wrote back saying they agree. I find it strange their preferred method of acknowledgement when I’m right is ghosting.

But really, the biggest problem is not the IRS. The issues we have with them are a symptom of the real problem: A complicated and convoluted tax system full of pandering to various influential groups (on both sides of the political spectrum) and the attempt to control how we live, work, and spend through rewards and punishments mapped out in the millions of lines of fine print.

Remember that when you vote in a couple months. Yet I’m afraid that instead of demanding reform in exchange for our votes, we’ll settle for the candy they offer us while telling us to trust them.