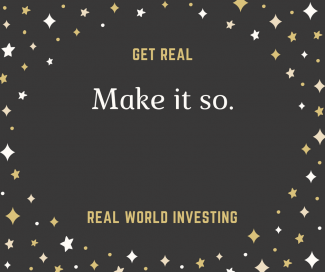 Up to now, I’ve pretty much assumed that you will be putting money into your accounts monthly. That regular investing keeps the gyrations of the market at bay. But what if you have a lump of money come your way? Or what if you have money already that’s all in cash? Do you move this all at once to a more fully invested position?

I’ve been a proponent of the investment technique called Dollar Cost Averaging (I’ll call it DCA for short). DCA is when, instead of putting a lump of money into your investments, you split that lump up into equal amounts and invest at fixed intervals.

By investing at set intervals you keep from letting the market’s emotions control you. By investing set amounts you’ll tend to buy more shares when the market is down and fewer shares when it is up. In fact, if the market zigzags you’ll actually pick up your shares at less than the average cost during that time (trust me…it’s mathematically true).

That’s the way it’s supposed to work. Here’s what actually happens. You start the DCA process and the market drops like a rock (sound familiar?), so you stop the DCA investments because you don’t want to buy shares if all they are going to do is go down. When you are sure the market is going back up, you restart the DCA. If the market goes up rapidly, you end up dumping in all that you’d planned to invest at once so that you don’t miss ‘certain’ gains.

Let’s review: In theory, DCA helps you by mechanizing your trades so that emotions don’t take over. You’ll end up buying more shares if the market is down and less if the market is up. Thus you’ll, on average, pay less for your investment and generate greater profits.

Ready to learn REAL Investing tips based on your life? Sign up for the  Real World Investing course today!