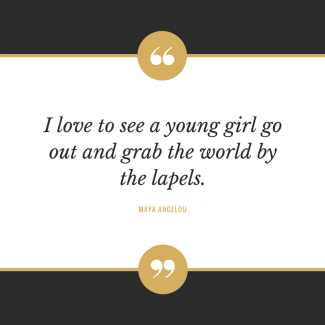 If you’ve been off-planet for the last month or two you may have missed one of the few controversies not directly tied to Trump: The girl and the bull.

Recap: Italian-born Arturo Di Modica, a sculptor who was proud of his home in America and of the American people, created a 3-plus ton bronze bull and plopped (if you can “plop” something weighing 7,000 pounds) the beast in front of the New York Stock Exchange. He thought this would symbolize the strength and resolve of the American people as shown by how the stock market crash of 1987 did not deter their optimism.

Now, Arturo didn’t do this under a commission to the stock exchange or to New York City. In fact, when dawn awoke everyone was surprised at this bull’s presence. Of course bureaucracy being what it is, art showing up where art was not requested becomes art removed. The citizens of New York rather liked the sculpture and bureaucracy being what it is, lots of angry people who get to vote tend to get their way. The “Charging Bull” was reinstalled.

Back in March a little girl stood up to the bull. Enter sculptor Kristen Visbal. She created a pigtailed bronze “Fearless Girl”. At a mere 250 pounds she’s a bit out-classed when it comes to poundage to Charging Bull—and that was the point.

Now while I don’t doubt that Kristen also admires the strength and resolve of the American people, her motivation was a bit more capitalistic. State Street Global Advisors had come out with a gender diversity fund (ticker: SHE) the previous year. How perfect for State Street publicity and, according to Kristen, for showing “girl power.” At only 50 inches tall, Fearless Girl was standing up to the male-dominated world of Wall Street.

I kinda liked it.

Arturo wasn’t as pleased. He thought having Fearless Girl standing up to Charging Bull changed his message from one of what’s right with America to what is wrong with it. That’s true. But his original message had already changed, albeit more subtly. Back when Charging Bull was created most acknowledged the problems of greed and power emanating from corporate America, but we were also proud of how well we had done over the years. We’d evolved from a small ex-colony to the most powerful military, industrial, intellectual, and economic power on Earth.

Over the intervening decades, and especially after the financial crisis, Wall Street, corporate America, and more specifically the banking and brokerage industries have become the symbol for all that is wrong with the world.

Perhaps the blind optimism of the past was naïve, but so is the blind hatred that seems to have replaced it in many corners of our nation. Although women today don’t face the same obstacles that they have in the fairly recent past (Muriel Siebert was the first woman to buy a seat on the NYSE in 1967), they are still looked at as outsiders in finance by some. Certainly we can celebrate the positive message while not ignoring the negative. We can enjoy and learn from the both girl and the bull.

This article was scheduled to be published in the Wichita Falls Times Record  News on May 10, 2017.