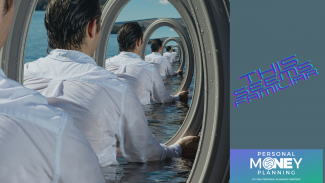 This May Sound Familiar: Stocks and The Election

I thought I'd have some fun. Four years and two days ago, the following article appeared in  The Times Record News. You may think that so much has changed since then, but I'm only having to modify one single sentence to make it accurate today...

Presidential elections get a lot of people wondering about numbers: delegate numbers, Electoral College numbers, and stock numbers. I’ve been asked a few times how the election will affect the stock market. My normal answer is, “I don’t know.” But I have looked at the statistics over the years and what a lot of people think isn’t always right. And what is right often doesn’t matter. Let’s look at this a bit closer.

I get a lot of my data from a great article by Bob French of McLean Asset Management. You can read it online at:  http://retirementresearcher.com/presidential-elections-affect-markets/. You’ll find specific return numbers and statistics there. French begins by looking at Republican vs. Democrat presidential terms. I’ll begin by looking at the election itself.

Sad to say that in presidential election years (like now) the stock market returns are a bit lower than during an average year. Does that mean you should sell now and get back in January? Don’t be in a rush. The average year and an average presidential election year are not significantly different. Both provide good returns, on average. Not only that, but during the final campaign months themselves (from the party conventions through Election Day) the market is actually up a bit more than normal.

So, if election vs. non-election year isn’t critical, what about the results? Are Democrat or Republican administrations better for the stock market? Well, my Democrat friends tell me that the Republicans are pro-business and rich folks, so you’d think a Republican president would be better for your portfolio (ask a Republican and they agree). Regular readers of this column know that if I’ve taken this long to get to the answer then “Republican” can’t be it—and they’d be right.  By a very significant difference (about double) the U.S. stock market does a lot better with a Democrat in the White House than a Republican.

Surprised? Most are. But there’s more to it. If we look at the mix of who controls the House, who controls the Senate, and who’s living at 1600 Pennsylvania Avenue, things get really interesting. Seems that the worst thing a Republican president can have is the House controlled by Democrats while the Republicans control the Senate. If you think that proves the Democrats mess things up, then consider that if the Democrats also control the Senate things actually get better for stocks. Turns out the best thing for the stock market if the president is a Republican is for the House to also be Republican but with a Democratic Senate.

Confused? Well, you should be. Want to know the best combination? A Democratic president whose party also controls the Senate while the Republicans control the House of Representatives. But that only happened once.

All that said, Bob French’s research also turned up that the stock market goes up twice as much when the President is 6-foot tall or over. So maybe this is all a bunch of nonsense. It would be fitting.