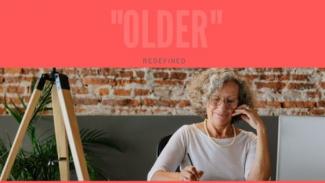 While on a recent trip, I was reading one of the papers laying around the breakfast area of the hotel. In it there was an article where younger workers were asked about what was causing them grief in the workplace. The answer: Old people.

Let me put that into a bit of context. First, “old” seemed to start at about 50. Second, the problems the young folk were having was getting promoted. Seems that people are living longer, retiring later, and are plugging up the promotional pipeline.

Fortunately, the solutions offered didn’t involve something out of Logan’s Run (Google it if you weren’t watching Sci-Fi movies in the 70s). The author of the article talked about enlightened and progressive companies that were doing things like pairing older and younger workers together…a sort of parallel series of jobs so that the young weren’t stymied by old folks getting in the way.

This, however, is not a new phenomenon…it’s just more widespread. 100 years ago, you could have looked at most family businesses and seen children waiting for Mom and Dad to get out of the way and give them a shot at running the business. The young know they can do things better, the old think they are wrong.

What has been changing is the length of time people are living and the abilities they maintain. We’ve all heard about 70 being the new 60. Based on life expectancy, just 50 years ago the average person in this country lived to about 70 years old. Now it’s closer to 80. People lived only a few years in retirement…if they made it at all.

Think about it…instead of working about 45 years and retiring for 5, that same person might work for 45 years but need to afford a retirement three times as long. I don’t have a calculator handy, but a rough estimate: a lot more life takes a lot more money.

And with one-third of 65-year-olds having nothing saved for retirement (according to GoBankingRates.com), many of those “old” folks are going to stay clogging up the employment rolls.

But this isn’t a baby-boomer phenomenon. Longevity is continuing to get longer, and the younger generations aren’t exactly socking away their cash for retirement, either. Just over half of millennials have saved nothing. Half of Gen-Xers have saved nothing. According to a recent Wells Fargo survey, some Gen Xers who are behind with their savings may be anticipating Social Security or pensions will take up the slack, while only a quarter of the millennials surveyed felt they would be able to do the same.  It looks like each generation will be blaming the generation or two ahead of them for a long time to come.