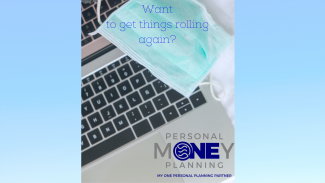 The Power of the Mask

We’re taking a little break (again) in my preparing for the next crisis series to talk about the current crisis. I’m a bit taken aback and concerned about the warring that is going on between the “prevent the spread” crowd and the “open the economy” crowd. It seems like people think these two camps are mutually exclusive. They are not.

On the one side are folks that say we need to shut down businesses again and isolate to prevent the virus from spiraling out of control. On the other side are folks who say viral worries are overblown and the weak economy is our biggest enemy—to get it back rolling we need open businesses and unfettered freedom to go back to normal. Both groups have a point.

With even Texas governor Abbott calling for (though not requiring as of this writing) that people wear masks and maintain distancing, it should be starting to dawn on most folks that reopening the economy is indeed allowing the virus to spread faster than before.

Studies of the economy (local, state, national, or global) also shows that poverty is increasing, education is stalling, and businesses are failing. All of these are and will continue to have adverse overall health effects on many parts of our population.

Yet that is not so. It was always known that opening businesses and activities was going to lead to prolonged and wider spread of the virus. If you remember, lockdowns were designed not to prevent spread, but to slow it down to a manageable level. To eliminate spread you need most of the population to become immune—which will take time.

That is why I am not against opening up so folks can get back to doing things. I do, however, have a problem with people who think we can at this time go back to “normal.” That is because there is a lot of fear out there among a large swath of our populace when it comes to putting themselves in a situation where they might catch the virus. Some of this is real, some is perceived, but in either case it affects their actions.

I’m one of those. As I’ve stated before (I think), I’m pretty healthy, barely in the “old” category, and don’t seem to have the preexisting conditions that would make it hard for me to get through a virus attack. What I am concerned about is bringing exposure home, or to my clients, or to my Rolling Meadows community. So, I avoid actions that put me at risk of exposure.

To make me (and the half of the population like me) feel a little better about heading out to eat, or getting a haircut, or having a coffee with friends is the same thing that most scientists (and now even most government officials) ask: Wear a mask, sanitize your hands, and maintain social distancing. It won’t get all of us “maskers” out-and-about and stimulating the economy, but it will get a lot of us.

You see, opening up business doesn’t do much good if you can’t convince consumers and employees to show up as well. Want to get things rolling again? Put on the darn mask.