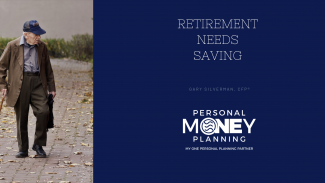 As we celebrate this Independence Day, many of our fellow Americans are struggling to create their own independence during retirement. Lower-income families normally don’t have a pension, so Social Security becomes their only support later in life.  Last week we looked at how this might be changed. The idea of a federally provided pension plan seems a bit questionable since the government is already having difficulties providing for Social Security. Forcing employers to provide one might be nice; however, doing this could result in reduced hiring for smaller businesses that are already struggling. I can’t imagine where they’d get enough funding to provide the benefits—maybe they would just limit their hiring and force their staff to deal with the repercussions. Unlike what you see in the movies, most small businesses aren’t owned by evil rich folks who treat their employees like peons, so this option would, thankfully, be limited.

If we can’t help lower-income folks in retirement, maybe we can help them in their working lives: Make more income available to them so that they can save themselves. In my last column, I threw out some ideas: Higher minimum wages, and help with healthcare, childcare, and education costs, among other things. Since you are a newsreader, I think I can safely assume you know that every one of those ideas comes with great controversy. The sticking points tend to come down to two questions: 1) Who’s going to pay for it and 2) If it is possible, how can we make sure that the beneficiaries of these programs will take the extra money and save it for retirement?

The answer to the first one has been covered before: Who pays for it? “Anyone making more money than me.”  Unfortunately, that answer is both functionally and morally corrupt. The second question is also easy to answer: You can’t…well, not unless you somehow raise their taxes and use it to fund a new (or expanded) government program. That has controversy written all over it. And it should.

Let's pretend that the way to help low-income workers is to somehow force them to do the right thing and save for retirement. In order to make this happen, we’d have a list of rules that they would need to follow in one way or another such as spending money correctly; getting and excelling in the appropriate education; being an attractive candidate for the right employers;  marrying at an appropriate time and having children according to the best retirement scenario; purchasing their home without delay even if there are better deals out there now because interest rates will be higher later on - you get the picture!

Anyone have any suggestions on how exactly how to do this? Me either.

Which brings us back to needing to supplement the retirement of lower-income citizens so that they are never left with the choice of paying for their prescriptions, having a nutritious meal, getting the medical care they need, or having a safe place to live. That’s what we need to do, right? Or do we?

That discussion is for next week.

Have a Happy 4th of July!