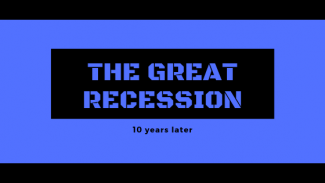 Over the last weeks we looked back 10 years at the Financial Crisis, the ramifications of which continue to this day. While not everyone agrees with my assessment of what caused it, everyone agrees that it was not fun. So, what can we learn from it to try to make sure we don’t have to go through another crisis in the future?

Next time, I will discuss what the individual investor, you, should have learned from the crisis. After all, we humans have the tendency of forgetting lessons older than about six months, so even if we learned we might have forgotten. But this week I want to look at what the government learned. Spoiler alert—it ain’t pretty.

I am not a banking expert. I go into banks to eat their popcorn and maybe get a cup of coffee. I get cash from the ATM. I marvel at how low interest rates are. But like most of you, I’m not all that knowledgeable about banking rules and regulations (though I still manage to have strong opinions of them).

Instead of banking, housing, or the bond market, I’m gonna look at stuff I do know a bit about…Investment Adviser regulations. Don’t worry, I’m not going to list all sorts of government rules and regulations. Instead, I’ll talk about the trends I see in them.

General trend: Something happens that people think is bad—They demand the government do something about it—Elected folks want to stay in power, so—New regulations are passed—Speeches are made touting how government “did something.”

That’s exactly what happened during the financial crisis. One area of doing something involved a guy I like to call…well, let’s not go there…but his name is Bernard Madoff. You may remember how Bernie somehow got people and institutions to give him over $60 billion to invest. Unfortunately, most of that money was invested in Bernie. “How could this happen?” the people asked. “We will do something!” the government answered, with new regulations.

Now, I did not like this. The new regulations raised my costs. This forced me to reduce the amount I could invest in my company, which in turn cost me a lot of money personally (owners get what’s left over). I wouldn’t have minded if it would prevent a future Bernie. Thing is, I don’t know of one regulation passed that would have resulted in Bernie getting caught sooner.

Because the EXISTING regulations would have done that.

But at least the government “did something.”

Eventually the same government notices that they have way too many regulations. This is perceived (correctly) of dampening the economy and costing jobs. So, they start cutting back on regulations—including some that should have stayed on the books to prevent things like the Financial Crisis and Bernie from happening.

Then we start all over again.