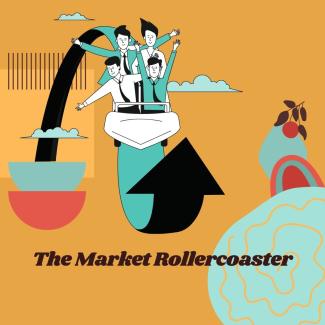 Before I took a break last week to reminisce about my Navy days, this column talked about when you should not invest in stocks. I mentioned that if you are in the stock market now, realize you shouldn’t be, but could hang in until the market recovered prior to selling, that was likely the best course of action. My exact words were: Try to ride this one out, sell once things get better, and don’t look back. I want to expand on this a bit.

I’m not too worried about those who have the time and psychological disposition to watch their portfolios going down for months and then take a year or three to recover. Those folks probably should have money in the stock market, do have money there, and won’t lose too much sleep over it.

But for the rest of you, now can be pretty scary. I won’t hold back any punches: While I am not predicting it, the stock market definitely can fall just as far as it already has. I would not be shocked if sometime this year or next the S&P 500 instead of being down “only” 20% finds itself down 40%.

And while I’m not predicting it, I’m not not predicting it. (Apologies to my English teachers for the double negative.) The reason is simple: Such a thing happened during both the Tech Bubble burst and the Financial Crisis. To think it cannot happen again is foolish.

While that does not mean investors should avoid stocks, it does mean in their financial planning and investment strategizing, they need to take this into consideration. But that’s not my point today. Remember this column is for those who really shouldn’t invest in the stock market. And before they take my advice and “ride this one out” I want to make it clear what the ride might look like.

I preach diversification. One of the main diversifiers for stocks is bonds. Yet bonds have failed us this year, turning in double-digit losses. Though some of those losses have recovered, there is a pressure for interest rates to rise, and in doing so bond prices will go down further. Real estate may be in its own bubble (some numbers look worse than before the financial crisis).

Crypto currencies, purported to be the best hedge against a bad economy, have instead shown to be a lousy hedge for stocks. Inflation Protection bonds are priced to give negative returns, and commodities are rather expensive now. (Those last two would have been great buys before the market went down but are less so now as their prices have already soared.)

Cash is always a great place to hide during a market crisis, but as you know looking at your bank statements, the returns are miniscule. (Still, 0.01% is better than the negative numbers other investments have been handing out.)

Scary, I know. We’ll talk about your options next week.