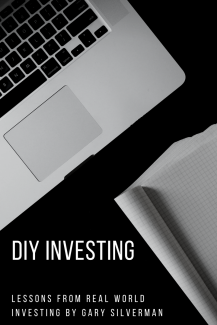 In this space, we’ve been discussing my ideas on do-it-yourself investing. It begins with you putting most of your retirement money in a Target-Date fund. I briefly described them last time, but let’s dig further.

A while ago I looked at a representative sampling of how no-load (commission-free) Target-Date 2010 funds performed in the midst of the Financial Crisis. These were the ones a person who is about to retire probably would use. What I found was that the funds held anywhere from 32% to 49% stocks and from just about no cash to just under 14%. That year those funds lost between 9 to 30 percent of their value. Imagine being one or two years from retirement and almost one-third of your retirement savings goes ‘poof’.

Now, unlike the average investor, I really don’t mind if a Target-Date fund loses 30% of its value right before the investor’s planned retirement date. I know how to use a fund like this as a part of a retirement portfolio. I know the risks, and understand that the fund could lose money. I am prepared for it and plan around it. Unfortunately, the average investor does not.

Because so many investors with these funds lost a substantial portion of their retirement savings, the problems regarding them became clear: 1) Target-date funds with like-dates invest differently from each other, and 2) They all went down a lot more than people were expecting.

Many participants believed that the funds stopped changing their allocation mix at the target date and were invested almost exclusively in low-risk investments by then so that the probability of loss was about nil. But the reality is that most of these funds will still change the asset mix and hold a large amount of stocks at the target (retirement) date. The probability of loss was much, much higher than nil.

Most people thought that the funds guaranteed income in retirement. No Target-Date fund has ever promised, guaranteed, or otherwise indicated that investors were going to get a steady income from it during retirement. Some years things go very well; some years not so much. Yet many still think that these funds are supposed to be super-safe when they retire.

They were never designed that way.

While Target-Date funds do get less risky as the date gets closer, they do not get to a point of no risk. That’s because most of these funds were designed to take you through retirement, not stop when you get there. As such, while income is one part of the investment mix, growth is still needed. That means stocks, and that means risk.

Next week, we’ll learn how to modify that risk.