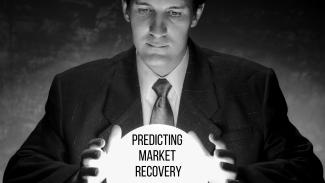 Ukraine and Your Portfolio

At the end of last week’s article, I said that I’d get back to talking about money issues surrounding the war in Ukraine. Looking back at previous articles on the subject, I realized that I really don’t have anything new to say. But reading old articles is a problem because when I do, I instantly can think of many ways I could have worded things to be more clear or at least more concise. So today we’ll summarize my previous thoughts before leaving Ukraine for a while to get to other subjects—that is, unless something surprising happens, which is often the case in war.

If you look at a chart of the US stock market, you will see that the markets dropped like the proverbial rock when the shooting started in Ukraine. If you back up a bit, you will also notice that the markets had been going down since the beginning of the year. Foreign markets had been even less impressive, going down since November, and really hadn’t done much of anything (well, they did zigzag a lot) since last April.

In other words, the war in Ukraine only added to an already weak market.

What surprised many is that looking at those same charts, you will see that (at least at the time I’m writing this) the foreign markets have recovered most of their wartime slump and the US markets seem to have used the war as a springboard and returned to where they were in mid-January.

Look back about two years and you can see a very similar pattern at the start of the pandemic, so this phenomenon shouldn’t be surprising. Just because the world economy shuts down or a nuclear power invades a large European democracy--what you think would obviously happen doesn’t always happen. (That’s not to mean there won’t still be downturns directly attributable to both of those crises.)

These are just two more of my countless examples that show predicting the start, end, length, or depth of a bear market is harder to figure out than when the Cowboys might win a playoff game. Still, whether it takes a stock market a month, a year, or several years, down markets do recover.

This works the other way as well. Predicting when a bull market will start or stop and how long and how far the soaring will last is also a fool’s errand.

If you can’t wait for markets to recover, then you shouldn’t be in them. And if you have time to last through a market cycle, you shouldn’t be waiting for all the evils of the world to disappear before investing.

It could be a long wait.