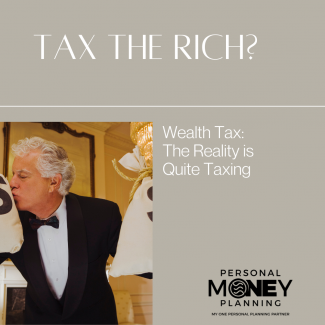 Last week, we broached the subject of a wealth tax in this short series about “fair” taxation. The original version said that it was, at best, two-to-three presidents away from being seriously considered. Then Elizabeth Warren proposed a wealth tax, which my modified column acknowledged, but didn’t have the space to go into. Today I will.

The proposal would have anyone who owns stuff worth over $50 million to give 2% of that to the government (above $1 billion, they’d be taxed 3%). Math tells me that if I was worth $50 million that would mean that I’d need to give the government $1 million. This is on top of taxes on any income I happen to have.

This is a rather popular idea. After all, someone with $50 million can certainly afford to be “only” worth $49 million and still be in pretty good shape. The most common reasons given for this tax is that the rich have “rigged” the system to their benefit and that it is time for them to “pay their fair share.” Let’s look at that.

Last I saw, rich folks don’t vote on tax issues. That’s Congress. I find it a bit disingenuous for members of Congress to place the blame elsewhere for a rigged system. “But, Gary, don’t you understand that the rich have bought Congress?” To that I say, “Who is more guilty: The buyers or the bought?” And to say that one group needs to pay its fair share through a wealth tax, when 99.05% of the rest owe nothing on their wealth doesn't sound fair either.

I’d be less perturbed if they were to be more straightforward. For example: They want this tax because they need the money. The ultra-rich have money. Conveniently, there are enough ultra-rich that this would add up to a huge windfall (estimates are around $3 trillion), but not enough of them that they can vote politicians out of office.

But wouldn’t the rich just leave? Well, to prevent that, the bill proposes a 40% tax on any citizen worth over $50 million if they drop their citizenship and move out. That will show them!

Actually, what it will show them, is that when they hit $40 million in net worth, they should leave. After all, I’m thinking that having an extra $1 million to spend each year could make some Caribbean island rather welcoming. (For the record, the only way I’d be affected by this is a lottery win.)

All that said, I still think we are two-to -three presidents away from any serious consideration…but I’ve been wrong before.

As regular readers of this column know, I am an avid (if not particularly fast) runner. It reduces stress, clears my mind, and they say it’s healthy for me. If you’ve pretty much blown your exercise-related New Year resolutions, consider an upcoming Couch to 5K program. The Wichita Falls Running Club, Endurance House, and Crush Fitness have teamed up with a two-month program to get you from non-running to being able to make it through a 5K race (that’s about 3.1 miles). Even better: It’s Free!

The first meeting will be at Endurance House on Tuesday, March 16 at 6 p.m. You can call them (or me) for more information.