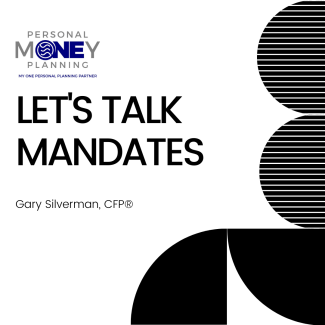 Gary, having entered his 65th year of life, has had many disjointed subjects on his mind in the many decades he’s been writing about money. This is one of those thoughts.

No, not a mandate to wear a mask or get a shot. Those are too controversial. (Actually, I love being controversial, but it’s just not where I want to go today.) There are many other mandates out there: Stop at a red light, punch your timecard, wait until your number is called, file your taxes. But no, I’m not talking about them either. Today I want to talk about a political mandate.

During every election I can remember, it has been said that the winning party was given a mandate. More correctly, the winning party tends to say that they have a “clear mandate” to do this or that. But why believe politicians? Let’s go look at the numbers.

For my purpose today we’ll look at Harding as most of you didn’t vote for or against him, probably don’t know what party he ran under, and thus don’t care enough to get mad at my conclusions. Harding, as previously stated, won 60.3% of the popular vote. Since most modern presidents who had lesser wins have told us that they had a mandate from the people, I’m going to guess that Harding thought the same thing. (I could not reach him for comment in time for this article.)

Math, however, reveals a bit of a problem. If Harding won 60.3% of the vote, that means 39.7% didn’t want him in office. And, if current conditions are any indication, I’m sure that a number of folks who voted for Warren didn’t like him all that much but didn’t like the other guy even more—in essence, voting against Cox (bet you never heard of him either) rather than for Harding. (Interesting tidbit, James Cox’s running mate was Franklin D. Roosevelt—I bet you have heard of him. In 1936, Roosevelt came away with 60.2% of the vote.)

I’m just questioning just how much of a mandate someone has when 4 in 10 of the populace didn’t want them to be making decisions in the first place. Sure, they have the legal right to do this or that; but the way politicians bandy around the word mandate it seems they think that everyone agrees with their proposals.

It may be best said that when you are president, you came in with a clear mandate from the people who voted for you. This is quite different than implying the whole country is behind you. That takes a bit more work—and I’m thinking the ones who remember this will have an easier time getting it.