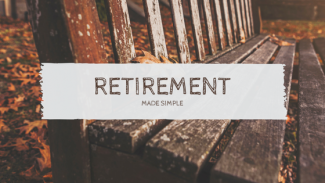 Reasons for the 4% Rule

In your retirement planning, after determining all the non-investment income you can expect and subtract out the expenses you’ll likely incur in an average year, most of you will end up with a negative number. (If not, give yourself a high-five.) That negative number is the gap that your investments will have to cover each year. How can you determine your total investment income goal if you know about how much you’re falling short each year with just regular income?

Let’s say you’ve determined you’ll need $40,000 investment income each year. In our practice we use a 4% draw rate as our target. A draw rate is the percentage of the starting value of your retirement portfolio that you’ll start drawing out. In order to make this a reality, you would need to have $1 million in your investment pool (since $40,000 is 4% of 1 million).

As financial planners and investment managers, here’s why we like the 4% rule:

First, it is based on actual historical numbers. Why is this important? Because if you assume that you’ll get average stock returns and average bond returns and average inflation rates, you will come up with a set of numbers that might make it look like you’ll make it through retirement with no money problems at all. But then if the 1930s happen or the 1970s happen or the 2000s happen, then you will run out of money.

If instead we pretended that you retired in 1929, went through a couple of very nasty stock market crashes and the cost of living changes that occurred at the same time, that gives us a better idea of how your portfolio would make it through a crisis.

If we pretended that you retired in 1969, the stock market suffered two major drops over the next 10 years, though not as bad as the Great Depression. But then toward the end of that decade while stocks were recovering, you were hitting a period of hyperinflation. Would your portfolio be able to keep up with these soaring cost-of-living increases?

Next, it has your portfolio, in those worse-case scenarios, lasting around 30 years. That gets a 65-year-old couple into their mid-90s before the money runs out in one of these worst-case scenarios. If the markets aren’t bad to you then you’ll either be able to increase your spending or leave it as a legacy.

As I alluded to, the draws that you take out of your portfolio are allowed to adjust for inflation. So in our earlier example where you started by taking out $40,000 from your $1 million of investments, if inflation ran 5% that year, the following year you’d be able to take out $42,000 and you wouldn’t be hurting your portfolio even if the stock or bond markets are going down at the time.

Now, the 4% rule has its problems (doesn’t everything?). We’ll look at those next time.